The essence of being a Collector of a Certain Age is not so much about being an ‘adult’ picking up action figures from the toy store as much as being a discriminating mature individual adding to his valuable collection.

Bridging that gap from the typical fanboy to the keeper of fine antiquities is mostly a frame of mind.

You don’t play with it. You don’t take it out of the box to flaunt it. You don’t flash it, and you most definitely don’t sell it weeks after buying it.

Consider collecting as closely related to investing. Just like financial markets, the value of what you collect will go up and down, depending on the latest trends. Your ability to ignore the winds of change is similar to the discipline of saving money.

The following are a couple of tips to get your mind straight on properly obtaining and preserving your collectible for the long haul.

I know you have this urge to pick up that sweet looking Naruto Ootutuki Hagoromo Figurine Sage Mode Boruto Shippuden Action Figure B19 figure from Wish.com for $30 where everywhere else sells it for $50-$180 or more!

We’ve all been there. But this is where you have to make some better decisions. Almost everything from Wish.com is bootleg—cheap knockoff copies of the original. The common collector may not care or even notice, but YOU should be able to tell the difference when you get fifty pieces in a bag arriving six weeks late from China.

Wish.com versions have their place in your display, though. Go out there, buy the original—keep it fresh in the box—with the bootleg out for show. This way, your little cousin that rolls through and breaks things can bash all he or she wants.

Tip #2: Put it away securely

Answer: none. The non-collector opens up both and starts reading—bending pages. Letting people touch every page leaving fingerprints.

The professional collector likely has the Showcase edition trapped in an acrylic case and graded. The more recent issue of Spider-Man is slipped into a plastic sleeve and back-boarded the same day. All of this is followed by insertion into the traditional collector’s cardboard bin.

The goal here, in either case, minimizes fingerprints and creases on the appreciating (i.e., rising in value) item of your collection whether you paid a hefty price at the start or expecting it to increase later.

Tip #3: Move on to the next collectible

I can agree that it’s not worth having a collection if you can’t show it off.

I can argue that consistently flaunting in and out of the box, manhandling that one or two pieces, only reduces its value. I would even go as far as to say if you don’t have a professional display setup at your home/apartment—moisture-free and tamper-proof—leave it in the original box. Please put it in another box, and seal it up away from a smoke-free environment and sunlight.

This goes for anything: stamp collecting, wine bottle collecting, money, comic books, toys, and video games. Sunlight and smokers are the enemies of a collector.

The object here is to find your inner hoarder for specific things (not like hoarding garbage in the TV Series) for the lasting value of your treasured collection.

To put it in simpler words: Buy it, put it away, and forget about it. 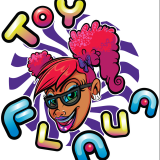 Toy Flavor Radio welcomes you with the soundtracks that moved us over the years. Some classic and current intros, outros, and the themes that we all know and love.